Writing Your LifeNow is the time to write your life story… I can help!
July 6, 2018 Patricia 0Comments

What do a pilot, scuba diver, entrepreneur, inventor, builder, and world traveler have in common? These traits all happen to describe one man.

Mary Karr writes in the introduction of The Liars’ Club that the reason she chose to write her book as memoir instead of fiction is, “When fortune hands you such characters, why bother to make stuff up?” This is exactly the reason why Writing Your Life client Don Richardson was urged by his sons to have his memoir written and published for the family. Richardson’s story is so rich and complex, it is astonishing that one person has had all of these life experiences.

Born in a rural Michigan farmhouse, which he still inhabits seventy-three years later, Don Richardson admits he was literally born stubborn by “refusing to breathe at birth.” Over time, though, his stubborn spirit morphed into the very tenacity that allowed his curiosity and ingenuity to sprout opportunity after opportunity.

From a young age, Don’s grit and innovative spirit gave way to a host of incredible accomplishments. When Don was six years old, he and nine-year-old brother Bob ran a hobby shop out of their basement, selling model airplanes and other hobby kits. The brothers even attended the National Hobby Show in Chicago and made the front page of the Chicago Tribune, touted as “the youngest hobby dealers in the nation.”

Also, at age six, Don built the first of three boats before he graduated high school, this one being an eight-footer. But before he could build the boat, he had to construct a workshop to build it in! The building still stands today, only it is now heated and air-conditioned.

After taking a stab at college, which did not go well, Don got a job working in a factory making military helmet liners until he enlisted in the army during the Vietnam War. However, the war began to wind down about the same time, so Don was given an honorable discharge.

“One day, I decided I wanted to start my own business. I went back to the farm and started my company in the same garage I built my boats in. We were literally born in a barn. I really had no idea how to run a business, but I was too dumb to know I couldn’t do it.

“I bought an old, broken down, plastic molding machine. Junk, really. Eventually, we would make plastic whistles for military police.”

Richardson was only twenty-three years old at the time.

Humble beginnings and the wisdom gleaned from mistakes and hard times made Don Richardson’s company into a global provider of viable molded plastics. From the barn to a 55,000-square-foot, manufacturing warehouse and logistics facility, the company has fielded contracts with the military, automotive, medical, and even hobby industries. They have produced molded plastic parts of various kinds and sizes, including fishing rod handles, children’s toys, petri dishes, and car parts such as door-latch trim and seat belt buckles.

In addition to establishing and running a successful business over the years, Don has explored the world over. As a successful businessman, one would assume he would travel luxuriously, indulging in five-star hotels, fine dining, and a driver to shuttle him around. Not so.

A man of simplicity and roots, Don only travels with one piece of luggage: a backpack.

Everything he needs or wants fits inside. He prefers to travel by train and to eat and drink where the locals do.

“I take a backpack and just drop in. I don’t stay at the big five-star tourist hotels. I stay in one-star or no-star places. I want to be close to the people and the way they live.”

Don is a certified scuba diver, having explored many parts of the globe underwater, and also has his commercial pilot’s license. There is not much of the world Don has not explored by air, land, or sea.

A man of hard-earned wisdom, Don shared some nuggets that he’s passed on to his three sons, two of which are also budding entrepreneurs. “First, procrastination is your enemy. Second, don’t do a job you hate. Life is too short for that.”

Indeed, life is short. So, when Don’s sons broached the subject of chronicling his life story, he found the gift of retirement had given him time to devote to this project. No procrastination. Don found Writing Your Life through his daughter-in-law Carrie and began the exciting work of documenting his most unusual life. 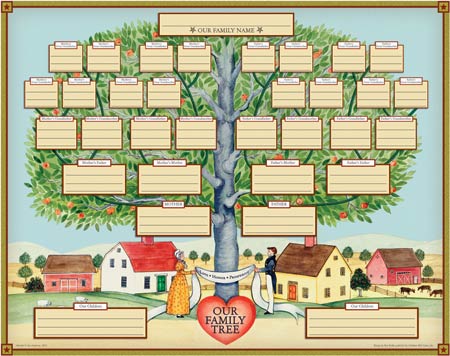 Check out the new Writing Your Life digs!