Writing Your LifeNow is the time to write your life story… I can help!
August 25, 2013 Patricia 0Comments 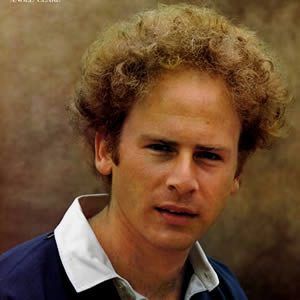 September…end of summer (not really in Florida), home from vacations, back to school, and time for another chapter of the First Saturday Writing Workshop. Join us on Saturday, September 7th from 9:00 a.m. – noon at the Marks Street Recreational Center at 99 E. Marks Street near downtown Orlando as we write in response to some dynamite memory joggers.

Each month, I’m amazed at the stories people in the workshop write in just a few minutes. Here is one I thought you’d enjoy written by Gary Pinell in the August workshop. I gave the following finish-the-sentence prompt: I’m thankful I’m a writer, because….

I Got To Interview Art Garfunkel

Reporters are the least-paid profession: less than teachers, less than cops. But reporters tell each other how lucky they are, because we get to learn so much. In Louisiana, I found out how old chicks are when they become KFC fillets – six weeks, really. In Virginia, I went to Civil War reenactments. In Highlands County, it’s all about citrus.

S&G has always been my favorite group, so when I heard Art was coming to South Florida Community College, I got his number and called his apartment in Manhattan. I got Hoyt out of the shower to answer the phone and he wasn’t annoyed. B.J. had to call me back twice, but he acted like it was nothing special, he has to call everyone twice.

Art was way different. His voice sounded hoity-toity, like he was imitating Cary Grant. But lest I sound like I’m complaining, this was the voice of my generation, Art Garfunkel. And something else: when I couldn’t recall a song on his playlist, “American Tune,” Art Garfunkel sang three lines to me:

“Many’s the time I’ve been mistaken, and many times confused

This is a reporter’s luckiest moment.