Writing Your LifeNow is the time to write your life story… I can help!
September 10, 2020 Patricia 2Comments 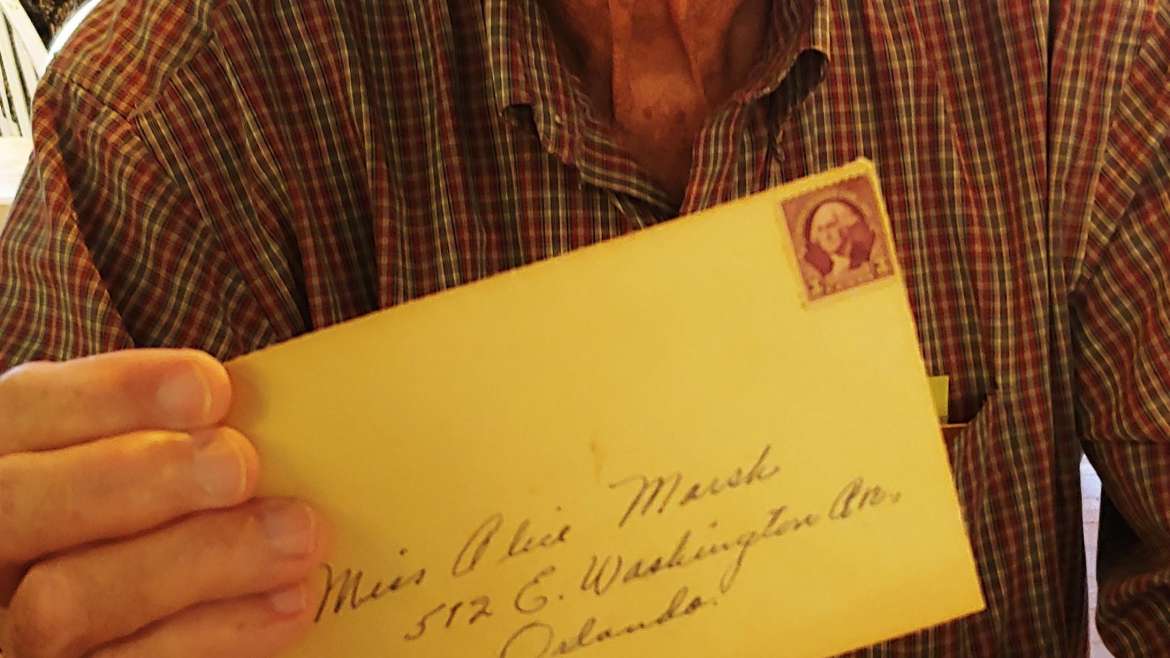 Imagine receiving a bundle of letters one day–letters chronicling how your parents met and fell in love half-a-century earlier.

In 1998, an electrician found a cardboard box of letters and pictures stuffed in an attic. He was rewiring a historic house on Washington Street on Lake Eola in downtown Orlando, Florida. The new owner of the house did not want the letters, so the electrician gave it to his daughter, Visty Lindgren, who for seventeen years worked to discover who wrote the letters and what they meant.

Visty ultimately traced the names of Alice Marsh and Lawrence Kingsbury to Tim Kingsbury, Alice and Larry’s son. The Kingsburys never lived in the old house on Lake Eola, but it belonged to George Marsh, Alice’s father.

The letters, penned by both Alice and Larry between 1928 to 1938, chronicle the story of how the couple met and courted, their college years, their early professional lives, and the experiences of other family members. Additionally, a rich Orlando history is revealed throughout the letters. It turns out Larry was Dr. Lawrence Kingsbury, a prominent thoracic surgeon in Orlando during the 1950s and ‘60s.

One day in 2015, Tim Kingsbury received a

package from a woman he did not know: Visty Lingren. Inside, a letter explained the contents of the box. Tim was overjoyed to have in his hands letters he never knew existed—letters that shed new light on the lives of his parents and grandparents before he was born.

Earlier this year, Tim approached Writing Your Life for help to combine his own writings with his parents’ story, as told in the letters. We are thrilled to work with Tim Kingsbury as one of our newest clients and look forward to helping his family’s story—and the story of the City Beautiful—come to life.