Writing Your LifeNow is the time to write your life story… I can help!
January 5, 2018 Patricia 0Comments 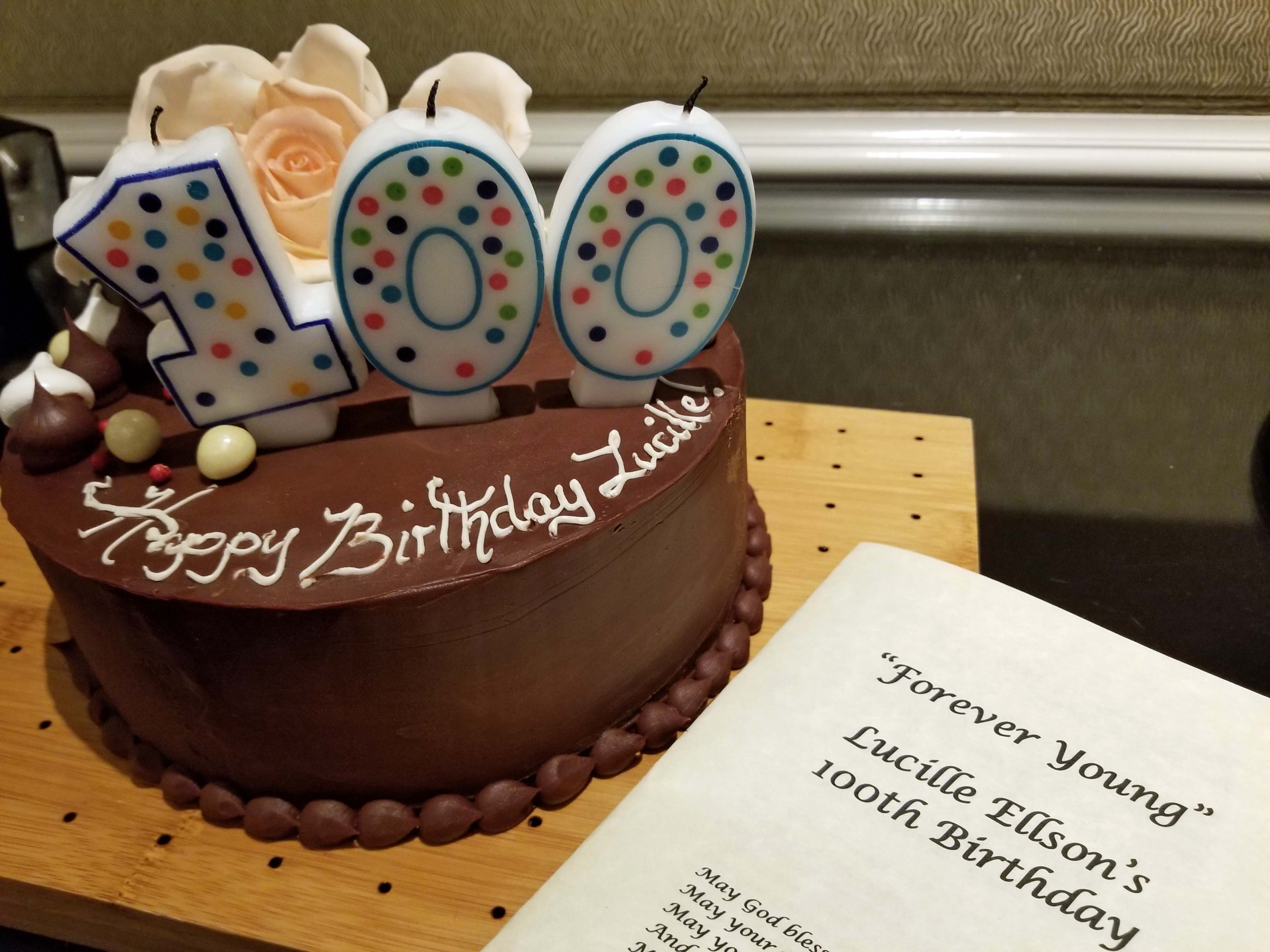 Just before we crossed over into 2018, my husband Bob and I celebrated Lucille Ellson’s one-hundredth birthday.

Five years ago, I met Lucille and her husband Floyd—he was 104 at the time—because Floyd wanted to write his life story with Lucille’s help. He already had the 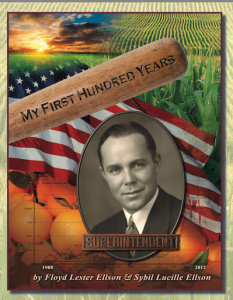 title, My First Hundred Years, and a book cover designed by grandson Greg Hettinger, an animator for DreamWorks.

At Lucille’s party, Greg told me he created the cover as a joke for his grandfather’s hundredth birthday and as a nudge to make him quit talking about writing his story and actually do it. (Greg also told me that a few weeks ago, he pitched a new movie idea to DreamWorks decision makers and used Floyd’s book as part of his presentation. How cool is that?)

We knew time was of the essence because of Floyd’s age, so the three of us got busy. Unfortunately, Floyd didn’t live to see his book completed, but Lucille continued the project, saying, “I know the first thing Floyd is going to ask me when I see him again in heaven is, ‘Did you finish my book?’” Lucille did finish the book, and in the process, she and I became good friends. 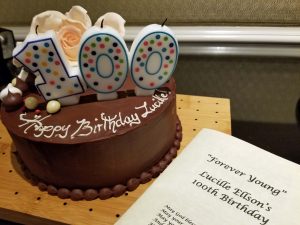 For Lucille’s one-hundredth birthday, her family celebrated in a grand way at the Ritz-Carlton in Orlando with a wonderful lunch and a program of music and group sing-a-longs to accompany the highlights of Lucille’s century of life as told by her children.

Grandchildren and great-grandchildren participated in the event by giving Lucille small American flags as everyone sang “God Bless America,” paraded across the stage wearing hats to “Easter Parade,” and added apples to a bushel basket to the tune of “A Bushel and a Peck.”

Another guest of honor at the birthday party was Rachel Morgan, Lucille’s best friend from first grade. Yes, first grade! Rachel is six months older than Lucille and came from Illinois with a granddaughter to celebrate her friend’s amazing life.

As we worked together on Floyd’s book, I often told Lucille I wanted to be her when I grew up. Her memory is better than mine. The love she has for her family knows no bounds. She emails, texts, and tweets and has an iPad. We never could meet on Thursdays because that was the day she played mahjong. At ninety-five years old, she remodeled her kitchen because it wasn’t suited for the many dinners and get-togethers she had in her home. You wonder why I want to grow up to be just like Lucille?

Happy birthday, Lucille! I wish you many, many more wonderful years of joy and happiness. Now, it’s time to start writing the story of your life before you married Floyd. I’m ready.

Work and Play in Fernandina Beach