Writing Your LifeNow is the time to write your life story… I can help!
June 25, 2013 Patricia 0Comments

We had a great start to the new Writing Your Life workshop series at Celebration Town Hall on Tuesday, June 18th. Eighteen aspiring writers came with pen or laptop in hand, ready to learn more about composing life stories in interesting and effective ways.

For this first class, we tackled an issue that I see defeat many new writers—starting out with too big of a topic, or as I like to say because of my book, Eating an Elephant: Write Your Life One Bite at a Time, taking too big of a bite and writing with your mouth full. We reviewed five sure-fire ways to bring a story down to size, and then we spent ninety minutes practicing this new skill on a variety of questions designed to trigger memories.

On Tuesday, July 2nd and the first Tuesday of every month thereafter, I’ll offer an all-new workshop with a dynamic lesson guaranteed to improve your story-telling abilities followed by memory joggers of all shapes and sizes. Come join the fun. Class size is limited to twenty people, so sign up right away—you can register online here now! The workshop fee is $45, but if you pay in advance, you save ten dollars and pay only $35. What a deal!

Here’s what some of the participants had to say about last Tuesday’s workshop:

I LOVE this writing class!  Everything Patricia does is helpful. It is motivating and exciting and you never know what you might write till it is coming out of your fingers. Everything about it is helping me to write and with more focus and purpose. I am accumulating little bits and pieces, those puzzle pieces of my life that will one day add up to a full puzzle. Can’t wait till the next class!  – Meryl Rachlin

You made me write! That’s what it’s all about. You deserve an “A” for coaching and inspiring. -Carla Bitterling

Thank you for the class you taught last Tuesday. It was very informative and I learned a lot.   -Erica Piper

Everyone captured wonderful memories and had a great time writing about things they miss from childhood, fathers, wonderful inventions of their lifetimes, chance encounters, and many other topics. Here are some of the responses written in a few short minutes:

Something you really miss from childhood

I really miss the Mummers Parade on New Year’s Day in Philadelphia, mostly the String Bands, not so much the Fancies or Comics. Also, I miss living in a house with lots of other people, aunts who paid special attention to a little girl, Polish being spoken and sitting on the front steps. -Eileen Ruth

In honor of Father’s Day, write about something unusual or interesting about your father or a father figure in your life.

My father was an artist. He was funny witty and warm too. Everyone loved my dad.

We had a most wonderful father daughter relationship.

In summertime after I turned ten, I joined my brother in going to overnight camp for two months each summer. They were glorious summers. Each day the mail came, and of course, each person waited for a letter from his or her family, but I was the only one whose mail everyone waited for. Letters from my dad quickly became the thing to see. Did you get a letter from your dad? What did he do today?

There were puzzles, invisible ink and coded letters we had to figure out; some I had to read in the mirror. There was the one where I had to turn the giant piece of layout paper around and around as he declared writing it while commuting on the bumpy trolley ride to his office in Boston. And then there was the “I’m sorry I only had time for a short letter,” where I opened up the giant piece of paper only to find a two-inch square of tiny, tiny writing, apologizing for not having had time to write. He promised to send a long letter the next day. When the next letter arrived, it was written on adding machine paper. As we read the words the paper streamed into a giant pile on the ground.

One summer he promised to write me a letter every day. I opened up the envelope, and it was a giant blue capital A, and in the center of the A, he wrote that he kept his promise, “Here is the 1st letter.” Each day after that, I received the most unbelievable artful and creative letters each beginning with the appropriate alphabetical letter. Some were stories, some were works of art like U is for Unbelievable with a crazy colorful monster on velveteen paper.

His letters were always clever and always so special. Everyone admired my dad and the relationship I had with him. I was so proud. I have all of those letters in a box in my closet, which I look at lovingly every now and again. -Meryl Rachlin

Father’s Day.  Write something about Father’s Day, the memoir writing coach instructed.  “And write whatever comes to your mind, a memory, an event, a special moment.You have five minutes.”

Great. I attended the free workshop because writing memoirs was something I’d thought about for some time.  But not necessarily my memoirs, since I loved reading and hearing about other people. I was an autobiographiholic. I should’ve been a journalist.

I always found it difficult to remember my early years because I didn’t have anyone in my life to keep those memories alive. I lived in foster homes until the age of eight, and that’s as far back as I can remember, most things. My adopted parents never acknowledged that I had a life before them. To them, I was born at age eight, and that’s how it remained forever.

Back to my writing assignment. No time to think. Write. Quickly. Father’s Day memory. My adopted father was not a memory that I wanted to write about, or even think about, so for the first time ever I made myself think about the man who was responsible for my birth.

On the birth records that I had requested many years ago when I decided to search for my roots, it was revealed that my father’s name was Carl Dean. And that’s all I’ve ever known about him. I eventually learned that he may not have been my father, but that’s the name my mother gave to the hospital, for the record. But she gave me the name Carla Jean. Hmmm.

I like to think that I was named after my father. So happy Father’s Day, wherever you are Carl Dean. And thanks, because if it wasn’t for you, I wouldn’t be Carla Jean.

Thanks coach, for asking.  -Carla Bitterling

Write about a chance encounter.

It is often said there are no accidents. About two years ago, I had a chance to go to Greece and was looking for a roommate. I had someone in mind but had misplaced her phone number and address. Then one day I went to Publix for food shopping. And there she was—on her way into Publix. “Hey,” I yelled.

I have never seen her in Publix since then.   -Norma Beasley

What do you consider one of the best inventions of your lifetime?

Computers are a gift from God. I know this because the Devil messes with my life by giving me the blue screen of death or freezing my mouse or frying my mother board. This leaves me with the feeling that a friend has died.

Computers gave me a path in life; a job to pay the bills, and ultimately Bruce, my soul mate. When my computer works I tell it life stories, it spell checks my words, then saves them on a disk and in a cloud. But the most important thing my computers does is to print my story for others to read.  -Becky McGregor

Ah, the pen! The soulmate to the blank page, the mediator between thought and ink. I’ve never considered myself a girl of the 21st century (nowadays it’s all about the computer). But me? Give me a good old fashion pen and I’ll write worlds! The pen is the most intimate….and here you said time was up. -Erica Piper

Patricia Balinski was so inspired when she got home, she kept right on writing and penned these fun lines:

Snip and cut. Nip and tuck.
Buzz it. Lower the ears.
Level fingers. Shave it closer.
Chit-chat of no consequence.
Brush; Comb; Wash; Rinse;
Turban towel; Mousse or gel.
I sit to stand. To walk–to sit.
My time has come.
Snip and cut…

Or contact Patricia at patricia@writingyourlife.org or 321.279.1791 for more information. 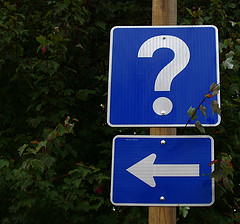 Everything you always wanted to know…