Writing Your LifeNow is the time to write your life story… I can help!
November 22, 2012 Patricia 0Comments 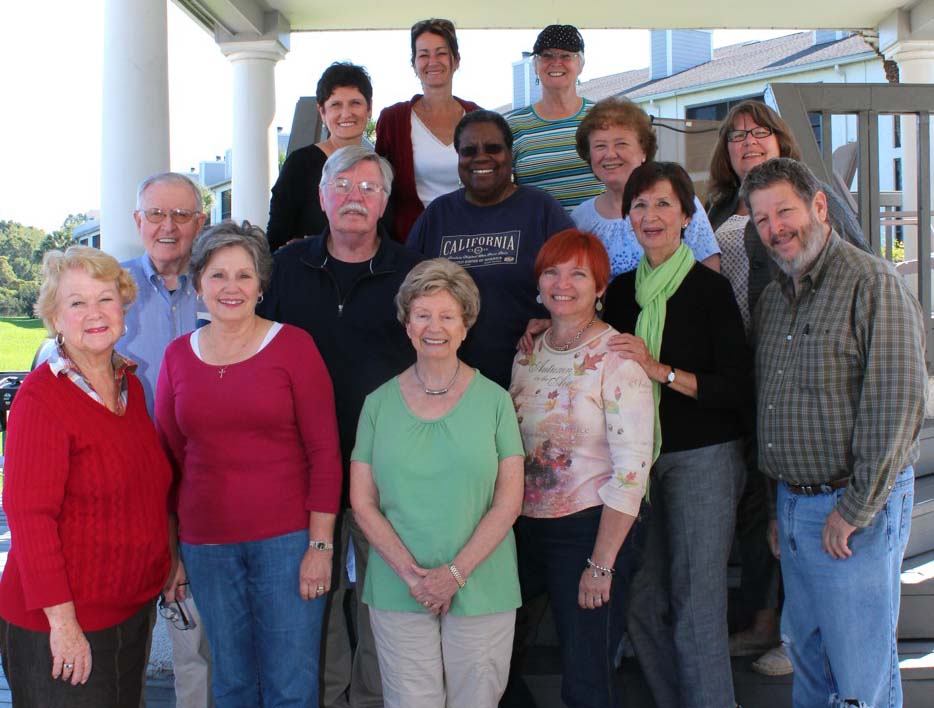 What a lovely day on the lake.  The Fall 2012 Writing Marathon held on Lake Fairview on Saturday, November 3rd, couldn’t have been more perfect. The weather was ideal, we had a great potluck, and people went out and sat by the lake to write.  How inspiring.

Throughout our day we used a variety of motivational writing prompts designed to help trigger specific memories about our lives.  I’d like to share some of these prompts along with some of the responses written by participants in the writing marathon.

Norma Beasley – If tomorrow were the last day of my life, I would want it to be like today– A bright sunny day with moderate temperatures. I would spend it with three people in my life who influenced what I have become. Joe, my mentor who guided me in the early years of my professional growth as a designer. Without his help, I would not have been so successful. “Blackie,” my spiritual guru, and Pearl who became a big sister, mom, and confidant to someone who never knew her mom. Where we are isn’t important nor is what we eat or drink. It’s what I have become under their tutelage. These are souls who left a footprint on my heart.

Gary Pinnell – She put a period after the last word.

On what Lydie thought would probably be her last night on earth, she woke up thinking of what E.W. had said in his final hour.

“You know, the two best days in your life are the day you’re born and the day you die.”

She didn’t want to die in the chauffer’s cottage, so she pushed herself from the couch, unsteadily, into a standing position, gathered up 88 years worth of journals and diaries, and fed them, one by one, to the fireplace. She watched each one burn. No one would ever satisfy their snoopy interests with her life story.

She opened the side door and started down the path to the mansion.

Dark, stooped, elderly trees bent over the cobblestones like a row of butlers serving tea at a state dinner. They’d dropped their leaves weeks ago; now they dappled the winter moonlight here and there through their branches.

Lydie picked up the cinnamon-colored parchment of a decayed maple leaf, examined the smooth sunward side, then turned it over to reveal the earthward side, whose rippled veins looked, she thought, like a potato chip.

“Did Ruffles steal your idea?” she asked.

She was just 30 feet from the mansion now. She strolled into the shadow of a gargoyle above the pool terrace. She looked up at it.

“What are you doing?” she asked the guardian. “You’re supposed to be part of the drainage system, aren’t you?”

The architect, what was his name?

“John Duncan Forsyth,” she said aloud. “I remember. He told me that he used gargoyles as water spouts, and that’s the reason why they’re called gargoyles: because of the gargling sound they make when the water gurgles out of them.”

I wonder if raindrops feel lonely when they see other raindrops falling.

She knew the human condition couldn’t be improved by singing happy thoughts, but still, she believed Charlie Chaplin’s melancholy, deceptive lyrics, and she’d go to her grave hearing them: “That’s the time, You must keep on trying; Smile, what’s the use of crying? You’ll find that life is still worthwhile, If you just smile.”

Daniëlle Bailey – If tomorrow was my last day to live…

I will place a call to my siblings and closest friends to say a quick goodbye, if I had a falling out with anyone, my fault or not, I would call them to ask for forgiveness.

I envision my parents and children will home with me, surrounded by their love and support. Ordering and sharing all of my favorite foods, eating all day and through the night until it was gone. I am certain I will be awake and not asleep. There is not any particular place I like to go except for all of us to take a quick ride to visit the beach for one last time.

My parents and children will be given my ATM’s to spend the money on whatever they want after my death. My request will be to have my body cremated and to spread my ashes in the Florida Keys, on the Gulf side at their convenience.  If they happen to see a dolphin in the water, to go ahead and spread my ashes then, that way, every time they see a dolphin they will be reminded that I was free.

The last couple of hours I will request to spend private time with each one of them, given them the opportunity to share anything they want and/or my input to questions asked.  My last request for my children will be for them to continue with their lives, keeping their hearts to be free of any guilt, be happy, and to always celebrate when they think of me.

Here are responses to a variety of other prompts given throughout the day:

When the expected call came that Bigdaddy died, I didn’t cry. I made flight reservations from Pensacola to Tampa. My sister Shirley met me at the airport. Aunt Mary Hunt’s daughter, Cathy – my dearest childhood friend – and Cathy’s husband, Bob, drove her.  On the way home to Lakeland, we talked about Bigdaddy and Heaven.  At least Cathy and Shirley did. I don’t remember talking, though perhaps I did.  Shirley spoke lovingly of our grandfather, tears streaming down her face. She said Bigdaddy was in Heaven, tending his cows and growing a garden that never needed watering.  Cathy reminisced about time spent with me out at the farm. We’d visit back and forth as little girls, not only at our own homes, but at our grandparents’ homes. Our mothers were best friends. I mentioned that I hadn’t cried. Cathy assured me it was all right. Shirley laughed and, still crying, said she had cried enough for both us.

The viewing must have been the next day. I don’t remember. I do remember that Bascom Sutton preached the funeral. He and Bigdaddy had been boys together. After the funeral, we all went out to the farm. I’ve never seen so many people in a house. People were in the yard out front and the side yard too.  Brother Sutton stood in the corner of the living room, talking about Bigdaddy. ”Haywood never had much money. He didn’t have much education. But look at all these people,” he said. “They are a testament to the respect he had from people from all walks of life.  Haywood Smith was a good man, an honorable man.”

Walking on through each of the seven rooms of the house, I heard people’s voices talking about my Bigdaddy, telling their stories of him. His sister Lottie was there. I don’t think she noticed me. I thought of the story of Aunt Lottie saving Bigmama from drowning when they were girls. Bigmama never went into the water again. She didn’t let her own daughters learn to swim. Those little girls in the creek probably never thought about Edna someday marrying Lottie’s much older brother.

I walked down the back steps, toward the barn.   A worn, faded, greenish brown jacket hung on a nail, waiting for Bigdaddy to slip it on. It was his outside jacket for early morning chills and cold weather. It never went indoors. I buried my face in the coarse fabric.  It smelled of apple chewing tobacco, cow manure, sweat, and hay. Or maybe it just seems that way now because those are the smells of Bigdaddy.  Bigdaddy was never going to wear this jacket again. I was never going to hear his voice, see him smile at me, see the twinkle in his warm brown eyes.   Burying my face in the soft, satiny lining,  I cried.  Grief overwhelmed me like water bursting through a dam.  I felt arms go around me. It was Cathy. She’d followed me outside. Me holding Bigdaddy’s jacket, Cathy holding me, I sobbed and sobbed.  Cathy’s comforting words were a murmur.

I was 21 when Bigdaddy died.  A few years later, Bigmama sold the farm and moved back into town.  Late one  afternoon before she closed on the farm, the two of us stood outside the back door, on those steps that had led me to Bigdaddy’s jacket. The setting sun was red in the sky and low.  Bigmama looked to the west, then looked at me and said, “Betty, I don’t think you’ll ever marry.  Every man you meet you’ll compare to your Bigdaddy and none will measure up. When the good Lord made your Bigdaddy, He threw the blueprint away.” She smiled. I took her words to heart. She meant them. It was about dark now. We walked inside for supper.

Sometime later  — I don’t remember when —  Bigmama gave me that jacket, or maybe Mama did. Bigdaddy’s jacket hangs in the back closet, next to my husband’s.

Behind our house lie woods and the Wekiva River.  With the tall pine, cypress, and gum trees and water close by, the red-shouldered hawks have become our friends.  They can fly softly from tree to tree without the slightest rustle .  If we didn’t see them, we wouldn’t know they were around.

But we do hear them, their plaintive voices screeching through the air.  Often we haven’t noticed one sitting on a fence post while we worked outside until it swooped down on a frog or mouse.  A series of kaa-aahs for about five seconds make up their composition.

The young ones call out in short, high-pitched screams, sounding as if they’ve lost their mama and in desperate need of a protective wing.  Mama replies in her mature kaa-aah, kaa-aah, assuring her babies that she is close.

In my bedroom on the floor next to my closet is a huge brown bag full of hangers. Every once in a while I’ll need one and delve into the depths of this bag, which is beginning to fall apart. I look at it every day. It needs to go. But it’s still there six years after I moved in. What in heaven’s name is so precious?

Last year I thought I had a way out. A group home for women needed hangers. Just the place for my paper bag. But what happened? I forgot. That must mean something. Am I to look at this decrepit thing for the rest of my life?

The top three hangers came from the dry cleaners. Nothing great there. The rest are real hangers of great variety: slacks hangers, coat hangers, dress or blouse hangers. They should all go to a useful place, but there they sit. Forever. 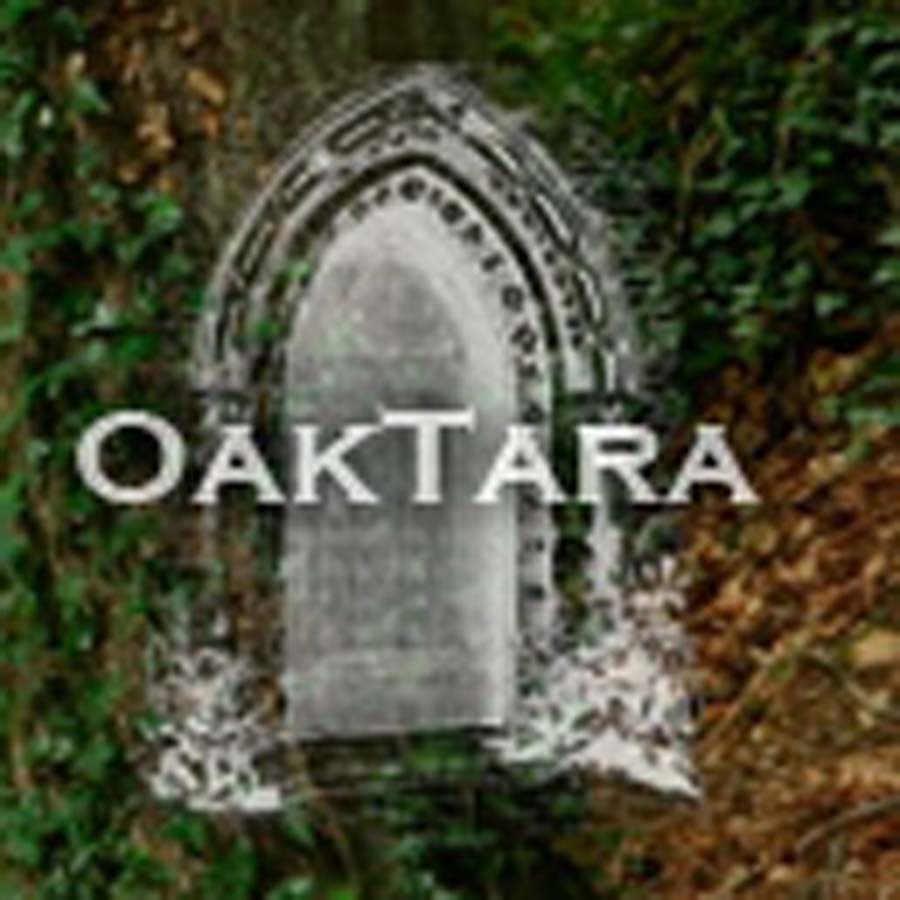