Writing Your LifeNow is the time to write your life story… I can help!
August 13, 2012 Patricia 0Comments

This morning as I sit to write this article, I’m aggravated, frustrated, annoyed. For our purposes here, the cause doesn’t matter, and I’ll get over it

soon. The situation has a solution, and it will work itself out, but in the meantime, my insides are churned up.

Emotions of all types—ones we categorize positive or negative—carry energy, and harnessing that energy adds power to our writing. But how do we effectively put emotion into our writing?

Grab a thesaurus, look up an emotional word and scan the wide variety of terms available to name the feeling. Let’s see what it says for angry: bothered, maddened, displeased, incensed, aggravated, frustrated, vexed, wound up, upset, exasperated, irritated, annoyed, bothered, perturbed, fuming, cross, heated, ireful, wrathful, indignant, furious, livid, irate, choleric, infuriated, fuming, outraged, beside myself, riled. And that’s just for starters. Use the thesaurus on any of these words, and you come up with even more options.

So, what word do you choose? How do you pick the best one to describe the emotion? You don’t. (Sorry, it was a trick question.) All these words mean different things to different people. What I find annoying may be enraging to someone else. Emotions are subjective. The words we use to label emotions are just as subjective. The best way to put emotion into your stories is to show the actions and allow the reader to arrive at his or her own label for the feeling.

This is what the old adage, show don’t tell, encourages writers to do. You show the actions of an emotion rather than tell the reader what the feeling is. Here’s an example:

Okay, that tells us something. Jack made a statement that caused a reaction in Sally. We don’t know what Jack said or how Sally reacted. All we have is the writer’s assessment of the emotion she felt. What if we wrote something like this?

Sally put down her fork, picked up a plate of spaghetti and meatballs and threw it at  Jack and his new $5,000 Italian suit when he said she didn’t deserve the promotion.

Does that give you a better idea of how and why Sally felt as she did? I bet it does. Readers believe more of what they see than what they are told. They like to be given the information necessary to draw their own conclusions. When we write by showing rather than telling, we give them the opportunity to do that.

So, try this. Think of a small moment in your life that was emotionally charged. This could be something that happened yesterday or fifty years ago. First tell what occurred using the best feeling words you can come up with to describe the emotion. Next, rewrite the same event, but this time, let the reader see what happened.

Which approach was more difficult? Do you feel one produced better results than the other? Why or why not? When you do think it’s better to show rather than tell? Write your comments below, and let’s start a conversation.

P.S. Another benefit of writing about situations that upset us is the relief brought about by putting words on paper. I feel better already. 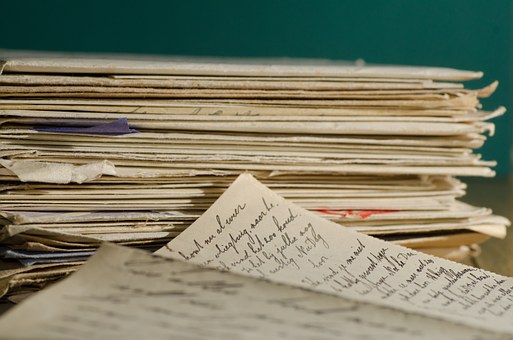 Don’t Make Your Descendants Research You